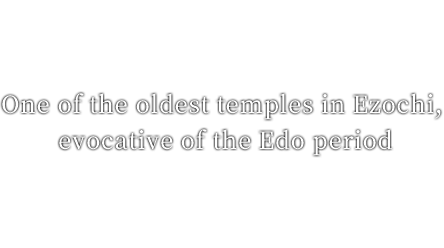 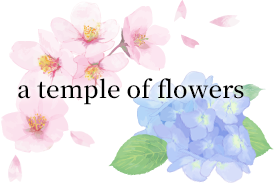 Tradition says that in 826, Ennin—also known as Jikaku Daishi—enshrined an Amida Buddha statue in a small structure he built in Usu, thus becoming the founder of Usu Zenkoji Temple.
When Yoshihiro Matsumae, lord of the Matsumae Clan, visited Usu in 1613, he reconstructed the temple, enshrined the Amida Buddha statue there and named the temple Zenkoji.
In 1804, the temple’s main hall and reception hall were reconstructed as it became one of three government temples in Ezo, which were established when Ezo became under direct control of the Edo Shogunate. The temple has since then survived a number of disasters, including eruptions of Mt. Usu, and still retains its appearance from the Edo period. The entire temple precincts are designated as a historic site by the state. The collection exhibited and stored at its Treasure Museum include 62 items designated as important cultural properties by the state. In 2018, Usu Zenkoji was designated as a Hokkaido Heritage Site. Visitors fondly call it a “temple of flowers” as the temple precincts showcase colorful flowers, including cherry blossoms, azaleas and hydrangeas, throughout the year.

Admission and parking fees apply to buses; please pay 1,000 yen per bus to a temple staff member or at the Temple Office.

END_OF_DOCUMENT_TOKEN_TO_BE_REPLACED

These items are available at the Temple Office.